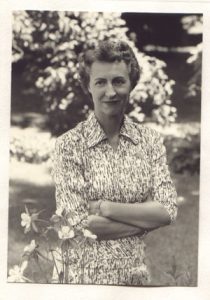 In the mid-1960’s, Anna “Petey” Cerf, who also is credited as founding KU Audio Reader and Kansas Advocates for Better Care, purchased a building in North Lawrence from the Lawrence Board of Education.  The facility went through many changes, which included the housing of “The Children’s Hour, Inc.”, a nursery school program, a teen drop-in center, and a library.  In the library’s first 5 ½ weeks, more than 600 books were checked out, mostly by eager young children who never before had the opportunity to experience using a library before.

The vision for the center was that it always remain a childcare center whose purpose was to serve the low-income children and families residing in Douglas County.  Since then, the agency has grown to include providing social services with the premise of serving the “whole child” through wrap-around services.

1968 was a period of massive growth for the center, as the Housing and Leadership programs developed and implemented a wide range of curricula, including a 4-H Club, arts and crafts classes and a Teen Drop-In Center organized with adult volunteer leadership. Other new services included a clothing room, which sold clothing for 10 cents per item; the development of a Ballard Youth Council; the North Lawrence Improvement Association was implanted and developed through the Ballard Center; and, a Ballard Center Employment Office opened. 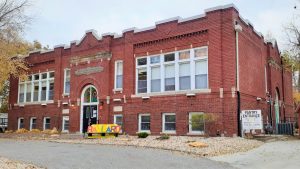 The next year saw the Ballard Center operate as a drop-in center for local Black teenagers. The center operated in this capacity from 1969-1975, a period which coincided with social unrest in Lawrence. In 1975, the Ballard After-school and Summer Youth Program was developed. A year later, an academic component was added to the program.

Systematic growth proceeded over the following decades. In 1981, The Rainbow Child Development Center opened at the Ballard Community Center.

In 2003, the Ballard Center acquired the Emergency Service Council and began operating the only emergency rent and utility assistance program in all of the Douglas County. Their commitment to emergency services continued in 2005 when the Ballard Center acquired the Penn House, a non-profit Human Services agency that began in 1969 and provides Douglas County residents with rent, utilities and prescription assistance, food and clothing.

Today, the Ballard Center provides rent and utility assistance, a food and clothing pantry, affordable pre-K childcare, and other needs-based services to the families of our children and others in the community who are in need.